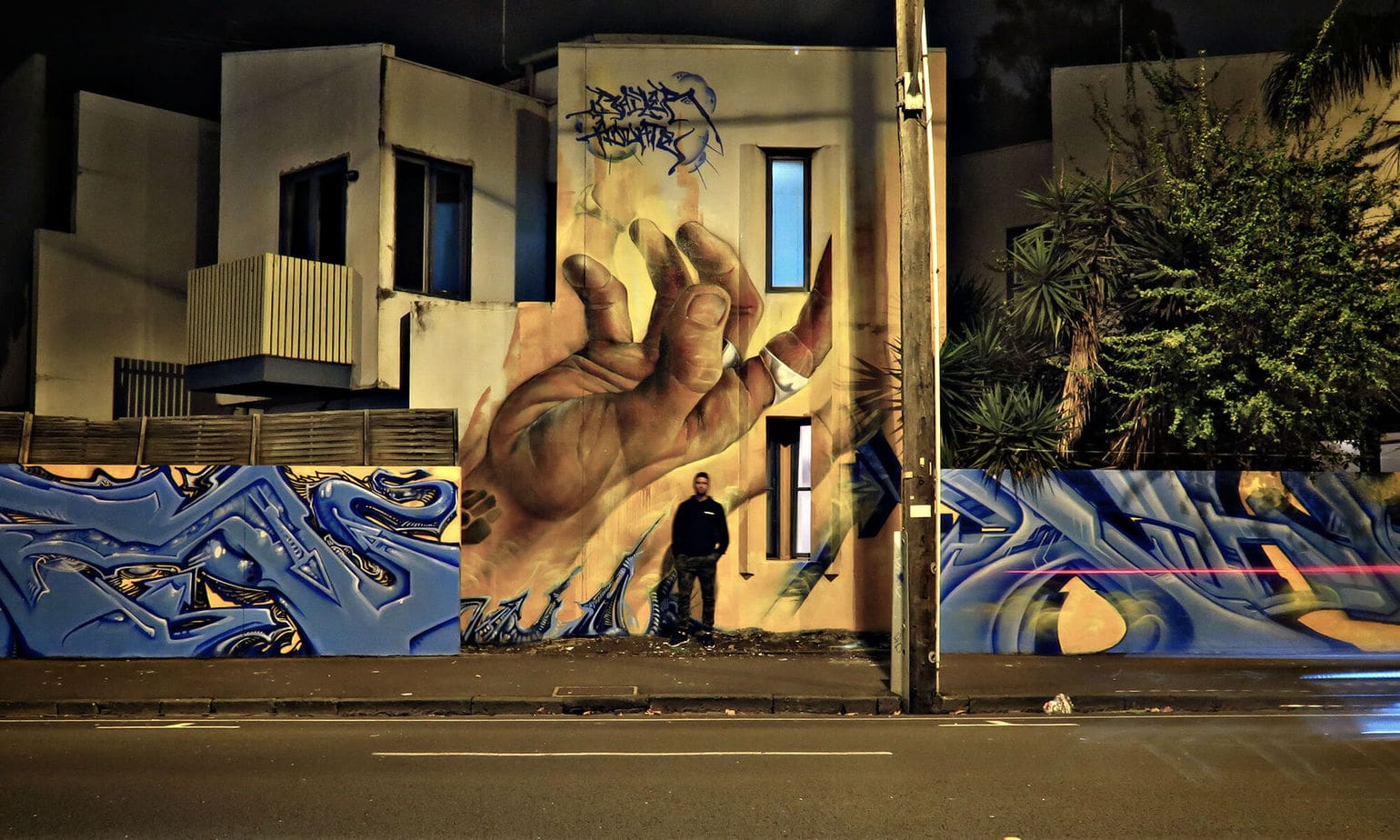 Urban Enhancement has engaged Adnate to work with us on quite a few projects. He is well known in Australia and around the world for his ultra realism portraits that often encapsulate a landscape reflecting in the eye of the subject. This coupled with the background colours that match the mood of the piece turns the image into a portrait yet landscape at the same time. Both of these murals are collaborative efforts painted by Adnate and one of our lead artists Bailer.

The first image is a graffiti piece with a portrait by Adnate painted from a reference image his friend shot of a local model.

As the mural progressed Bailer recognised the face of Sara Tansy starting to take shape (instagram @letans) so he gave her a call and she came to the wall to see the artwork and get a few photos.

The second image is also a collaborative effort between Adnate and Bailer. We asked Adnate to turn his attention to a hand instead of a face this time. The hand is in many ways just as expressive as the face. This is a painting of Bailer’s hand poised as though it holds a spray can about to release the pressure and paint, it is also reminiscent of “The creation of Adam” by Michelangelo the hand reaching to the sky as if to touch some higher power through art. 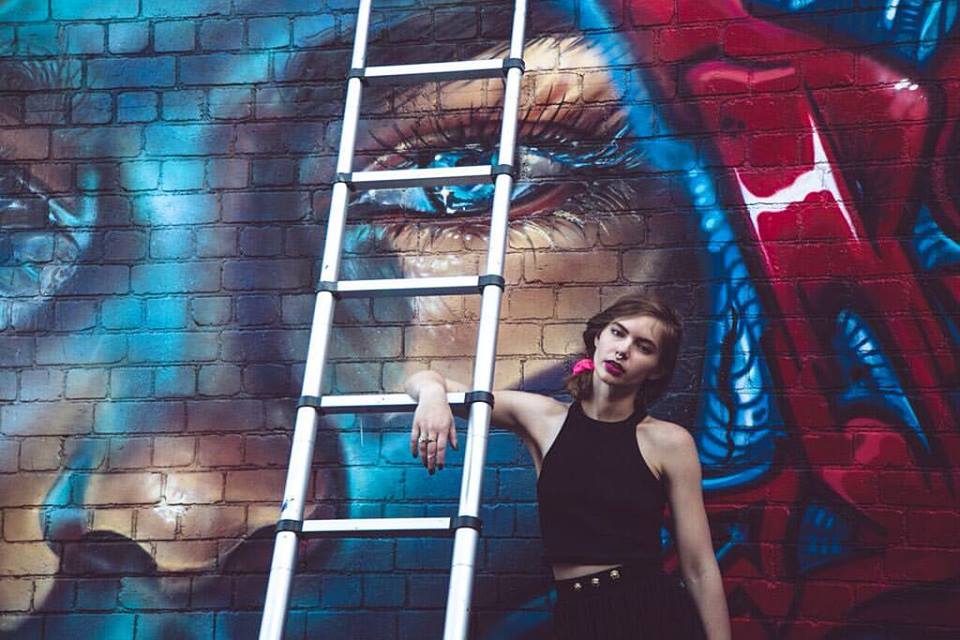 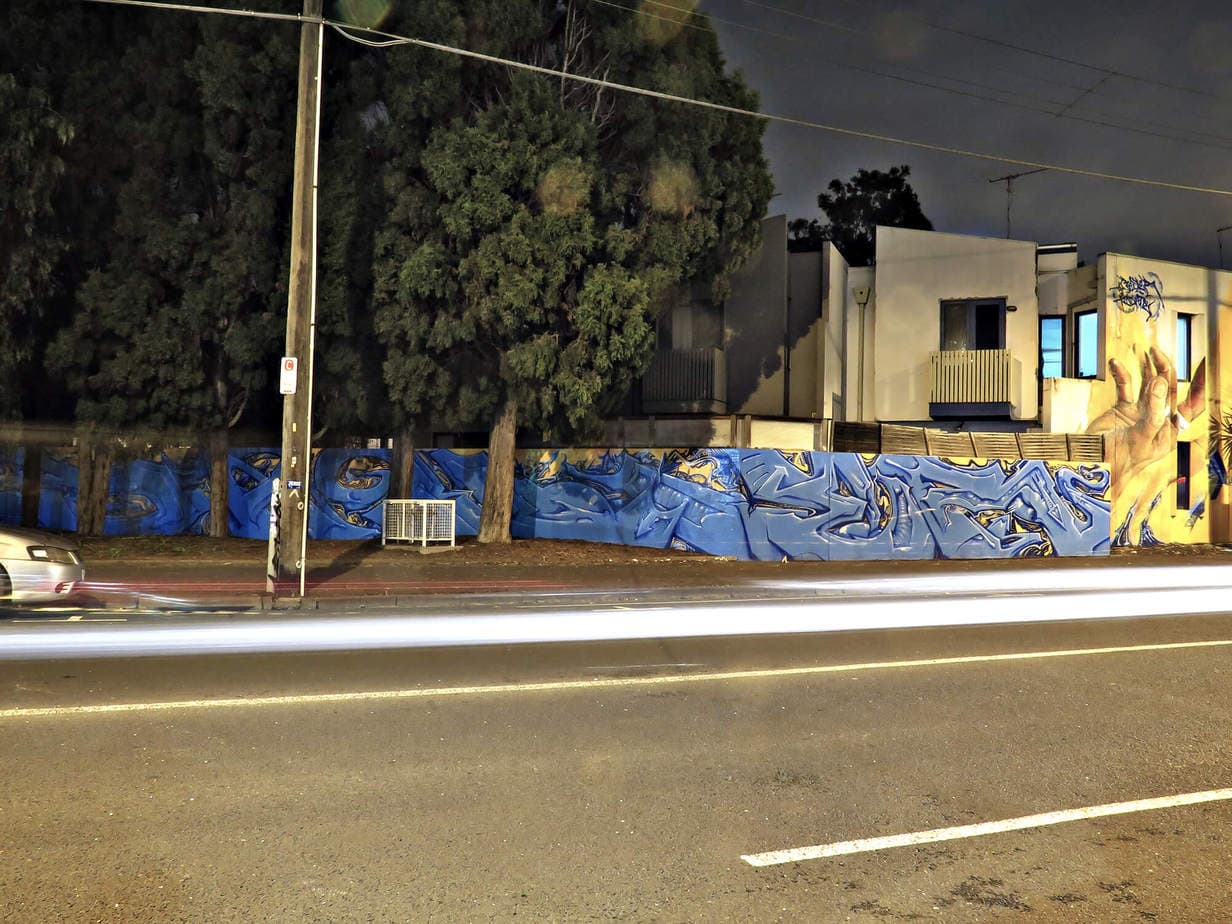 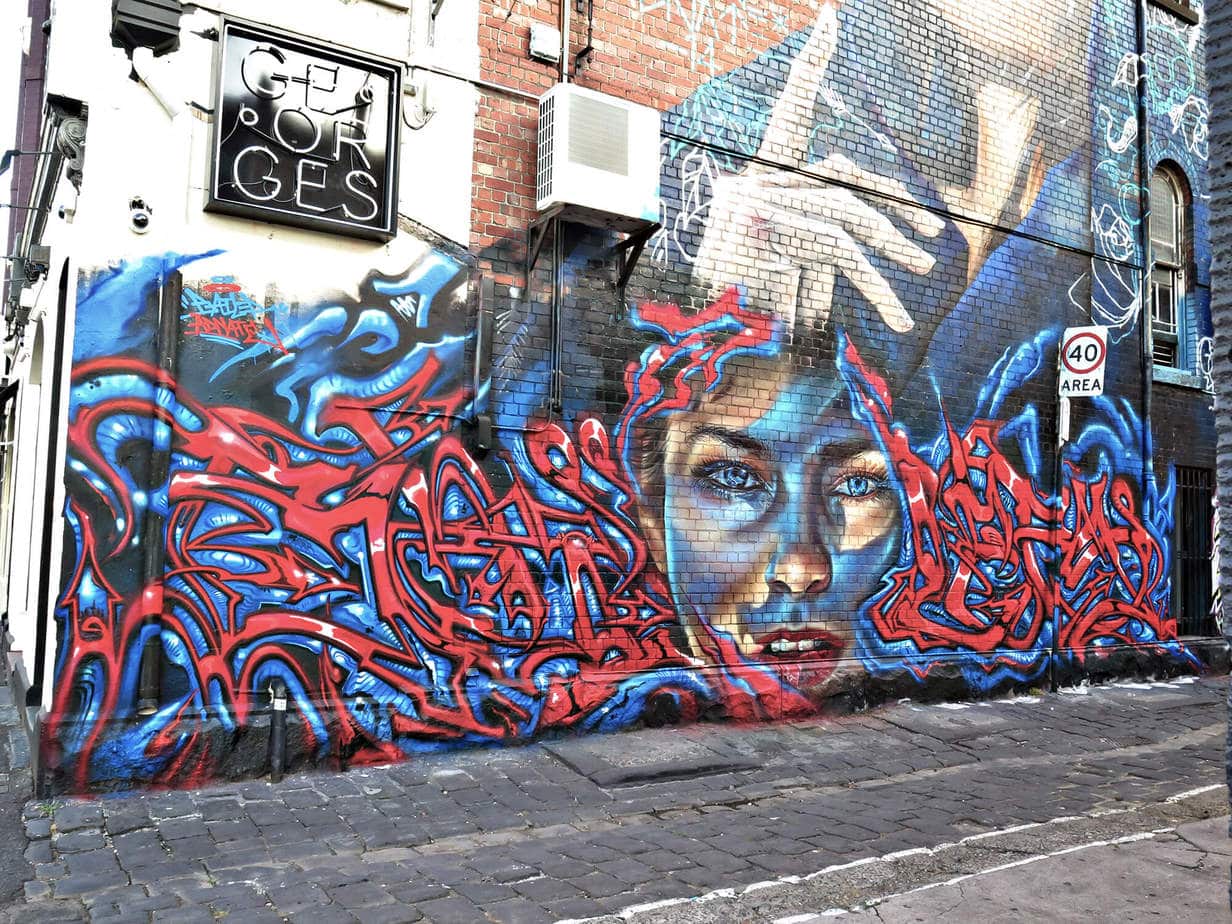 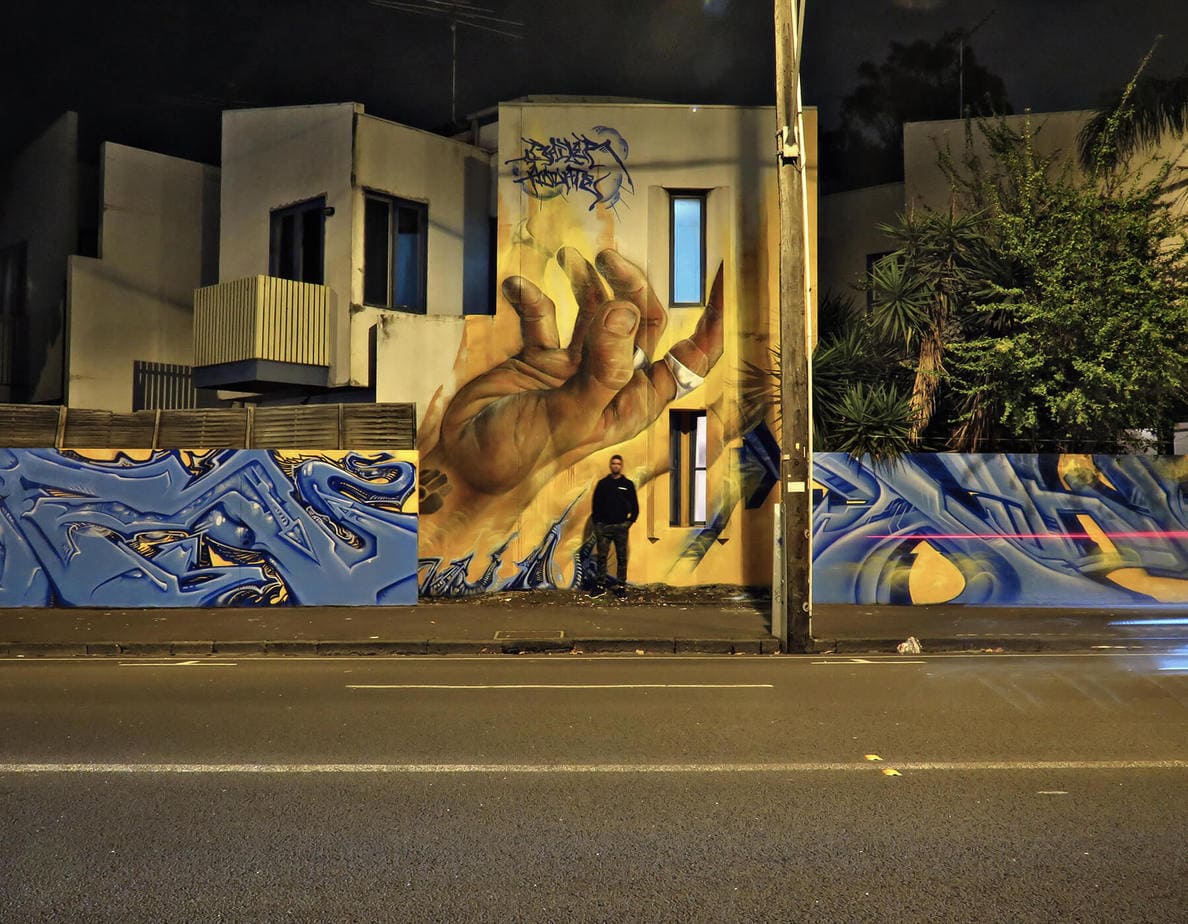 Sign up to the Urban Enhancement newsletter for updates on our projects and any new posts on our creative blog.